Humans have consumed honey produced by bees for several millennia. There are several merits to honey, aside from its consumption as a food. All honey types can be divided into two groups of monofloral and polyfloral (multiflower) honey. Polyfloral honey is produced by honeybees using the nectar of several blooming plants, which gives it its uniqueness. Honey is a healthy source of energy and natural sugar. It also contains high amounts of antioxidants which is good for regulating blood pressure and preventing several digestive problems.

Our product comes from meadows and hills of western Iran. More specifically Kurdistan and Azerbaijan provinces of Iran are known for their wide range of wildflowers. Our Honey contains 2-3g Saccharose per 100g at most, which is lower than the universal standards. It also contains 500-1000mg of Proline per 1000g which is a lot higher than the common universal standards. Because the proportion of each nectar used in producing polyfloral honey is never the same, the viscosity, taste, aroma, and color of this type of honey vary from one hive to another. But generally speaking, it has a strong flavor and an intense aroma compared to monofloral honey. Its color is darker, going from dark amber to a brown-reddish hue and it runs thicker than monofloral honey.

Bellow you can find the product specifications in more detail:

Natural honey kept in good storage conditions will not spoil or expire. It is best to store well sealed honey in a cool, dry and dark place and away from direct sunlight.  It should also be stored away from dust and any material with a strong odor.

Bulk
Packed in a sealed food-grade 22 Kg Tin cans or 280 Kg food grade PE Drums. Other types of packing can be arranged on customer request. 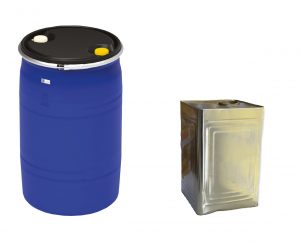 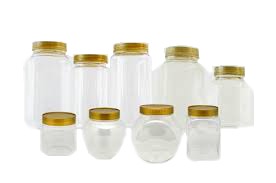